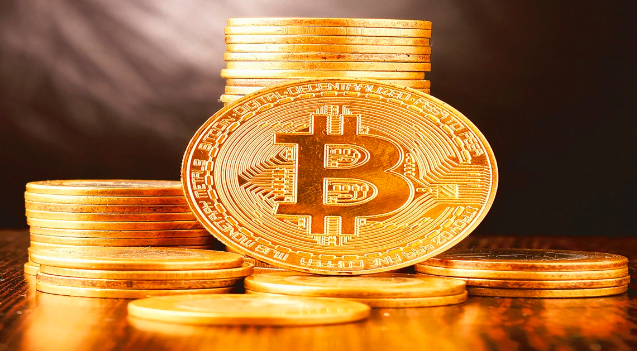 As we are still thinking about Web3, with its blockchain, metaverse and digital avatars, technologies that still seem futuristic, the founder and former head of Twitter, Jack Dorsey, is already talking about a Web5. The announcement was made during a Web3 festival last month. It is his vision of a decentralized future web running on Bitcoin, with user data and identity at the core. Posting the announcement, Dorsey said, “This will probably be our most important contribution to the Internet.” The project is being developed by The Block Head (TBD), the Bitcoin unit of Dorsey’s Block, a financial payments and digital payments company he founded with billionaire entrepreneur Jim McKelvey.

What are Web 1, 2 and 3?
Before we dive into Web 5, let’s review its predecessors. Web 1 can be called the first generation Internet, the read-only kind that consisted of static web pages with a passive, one-way engagement. Then came Web 2, which had the ability to read and write. Here, users could interact flexibly with servers and other users, and it led to the formation of what is called the social web. Web3 is a developing version of the web, running on the blockchain with decentralization at its core. It is the read-write-execute web, where users can interact with each other without the need for an intermediary. This removes the threat of censorship from the government or the big tech companies that control the Internet today.

Web5: A glimpse into the future
Dorsey calls Web5 a combination of Web2 and Web3. While the latter is being developed on various blockchains, Web5 is conceptualized to be built on Bitcoin. It is crucial to clarify here that the monetary layer of Web5 will be built on the basis of Bitcoin. However, its other components will be built based on various technologies.

Web5 was announced by TBD during CoinDesk’s Consensus Festival in June 2022. Speaking to the media house, Dorsey’s TBH had said, “Personal data and identity have become the property of third parties.” Elaborating on Web5, he added that it “brings decentralized identity and data storage to people’s applications. It allows developers to focus on creating delightful user experiences while returning identity and data ownership to people.” It should be noted here that data protection has become a key issue in the operation of the current web. Today’s technology platforms collect user data with the threat of selling it elsewhere. Like Web3, Web5 will allow users to interact without intermediaries, removing the threat of censorship from the government and big tech companies. Another aspect of Web5 is decentralized identity, which would allow users to move from one application to another without the need to explicitly log in.

Why is Dorsey building web 5?
Web3 is still under development. Its concept is still understood by some developers and technology experts. So why is Dorsey developing its successor when the previous technology is still in the works? The core idea behind Web3 is to create a decentralized Internet, meaning that it is free from the control of a few big tech companies. It is based on blockchain, the same technology that runs the entire cryptocurrency game. However, Dorsey doesn’t seem to think it’s totally free. “You don’t own web3,” he had said in a tweet in December last year. “VCs and their LPs do. You will never escape your incentives. Ultimately, it is a centralized entity with a different label. Know what you’re getting into…” he added. He had also shared a meme about how venture capitalists (VCs) would benefit. In another tweet, he seemed to hint that this space is already controlled by venture capital firm Andreessen Horowitz, a Web3 proponent and an early backer of social media giant Facebook, now Meta. It happened when Tesla boss Elon Musk, another tech bigwig who has expressed doubts about Web3, tweeted: “Has anyone seen web3? I can not find it. “It’s somewhere between a and z,” Dorsey had replied.

One of them involves ‘Alice’, who owns a “digital wallet that securely manages her identity, data, and authorizations for external applications and connections.” She “uses her wallet to log into a new decentralized social media app.” Since Alice was already connected to the app, “she doesn’t need to create a profile.” Also, all the connections, relationships, and posts you create through the app are stored with it, on your decentralized web node. Now Alice can switch apps whenever she wants, taking her social personality with her.

Another example involves Bob, another Web5 user. Music lover, “he hates having his personal data locked with one provider as it forces him to regurgitate his playlists and songs over and over again in different music apps.” “Fortunately, there is a way out of this maze of vendor-locked silos: Bob can keep this data in his decentralized web node. In this way, Bob can give any music app access to his settings and preferences, allowing him to take his personalized music experience wherever he wants,” he explains. The web controlled by technology companies has become a big problem. It poses a threat to censorship on the one hand and user data on the other. How new technologies will be developed to deal with these, time will tell.