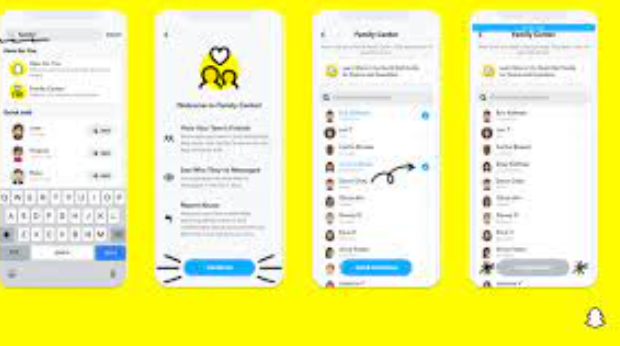 Snapchat launches a security feature to give parents limited access to children’s snapchat accounts.
Parents will not be able to read the conversations their children have, but they will be able to see who their friends are and when they last spoke to each other.

Snapchat is launching a new feature that will give parents some access to their children’s activities on the platform.

It requires the child’s account to agree to be linked with an account owned by someone over the age of 25, but the Family Center tool will show parents their child’s list of friends and when they last talked to each friend in the last week.

The idea is to mirror “the way parents interact with their teens in the real world, where parents generally know who their teens are friends with and when they hang out, but don’t listen in on their private conversations.”

“Family Center is about sparking meaningful and constructive conversations between parents and teens about staying safe online”.

“We hope these features will empower both parents and teens, giving parents critical insight into who their teens are connecting with on Snapchat while safeguarding teens’ needs for privacy and growing independence.”

The company said the product was based on a study it conducted with more than 9,000 teens across multiple platforms.

That found that parents and teens who regularly chatted about their child’s online activities were more likely to trust and share information when they met. with online risks.

It is launched as the UK continues to develop its Online Safety Bill, a controversial piece of legislation children’s snapchat accounts that aims to protect children online by forcing social media companies to tackle harmful content even if it is not illegal.