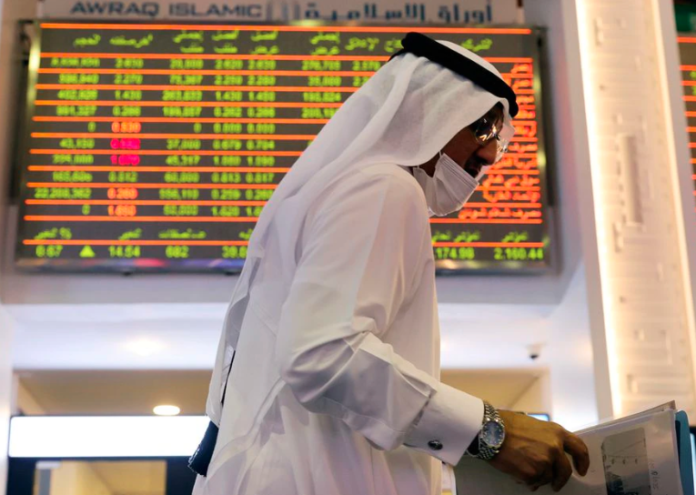 Most Gulf bourses (stock markets) fell in early trade on Tuesday, after Wall Street hit a confirmed bear market milestone on fears that aggressive interest rate hikes would take the world’s largest economy down to a recession.

Meanwhile, the kingdom announced on Monday the lifting of measures that had been taken to prevent the spread of COVID-19, the state news agency reported, citing an official from the Interior Ministry. read more

However, Fertiglobe (FERTIGLOBE.AD) rose as much as 2.9% after the company said it expected a cash distribution of at least $700 million by the first half of 2022.

Elsewhere, Shuaa Capital (SHUA.DU) jumped 2.5% after the company announced the completion of a leveraged buyout financing facility for the acquisition of Allianz Marine and Logistics Services.