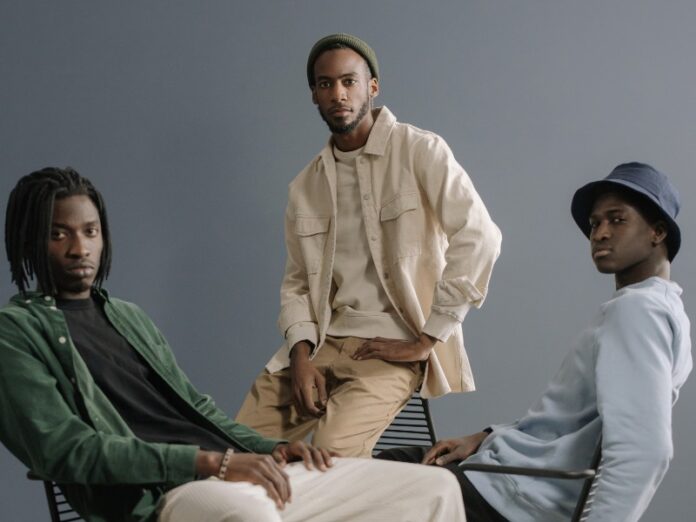 The Symbolic Significance of Fashion

What is considered fashionable at any one time is whatever is generally accepted and widely adopted. In other words, it’s a statement about the way of life held by a specific person or group. Therefore, it encompasses a wide variety of human actions. Style, way, manner, mode, method, and approach are popular words used to describe what is considered fashionable. It’s no exaggeration to say that fashion is a constant, ever-evolving phenomenon that influences and even drives culture on a global scale. Due to the ever-changing nature of the fashion industry, several external variables have a role in shaping the latest trends. The current state of the fashion industry results from several elements, including social, political, economic, and technological factors, all of which interact with one another. The fashion landscape reflects the current social climate or popular preferences. Everything a person owns uses, or purchases must demonstrate originality and consideration.

Culture and geography both have an impact on what is considered fashionable. Style is a term most often linked with creating garments and other apparel. In its truest sense, it refers to the ongoing process by which aesthetic preferences and preferences in all areas of life, including fashion, work, home decor, and more, are always evolving.

New fashion trends emerge, gain popularity, and are eventually deemed obsolete and rejected in an endless cycle. This causes a shift and makes room for novel developments. The acceptance-rejection cycle takes the shape of a curve. However, not all fashions have the same shelf life; some last longer than others. The full cycle of some fashions may take six months to finish, while others may take years. A trend’s life cycle can be broken down into five distinct stages, as seen by this graph.

Occasionally, the general tendency of a fashion cycle will shift because of an outlier. This occurs when the normal flow of fashion is disrupted for many reasons, such as the loss in popularity of a specific style or the desire to shift production to a new clothing style. Societal, political, economic, and other factors are some of the others that might cause disruptions. A classic case in point is the dramatic shift in how individuals dressed before and after World War II. People started wearing simpler, more form-fitting garments and abandoned ornate, flaring styles.

Certain cycles tend to repeat themselves. That is to say, the trend is present for a while and fades away as it inevitably does, only to be brought back again. When it makes a comeback, its overall shape may stay the same, but its design particulars and fabric may be updated to meet the market’s needs or improve its aesthetic appeal. One example of a style that has come full circle in the Indian context is the resurgence of short, tight Kurtis from the 1960s.

The Language of Fashion

What are the differences between the fields of fashion, style, and design? Can you define terms like “high fashion,” “mass fashion,” “taste,” “classic,” and “fad”? It’s important to have a common understanding of these concepts before delving into any fashion discussion.

Most people use the terms “fashion” and “style” interchangeably, even though there is a vast difference between their meanings. A style is a way of expressing or presenting art recognisable for its unique qualities. Styles may be found everywhere: in buildings, works of art, political campaigns, musical compositions, and even in the most well-liked heroes, games, hobbies, pets, flings, and weddings.

A garment’s style is its signature look; it’s the total of its distinguishing characteristics that set it apart from others. T-shirts, for instance, are not the same as camp shirts or peasant blouses. There is no comparison between a riding jacket, a safari jacket, or a blazer.

A particular style will always be a style, regardless of whether it is now fashionable or not. Some people develop an unmistakable sense of personal style and continue to wear it regardless of the state of the fashion industry.

A trend is an ongoing general development. If a fashion publication says “there is; a trend for longer skirts,” it means that many designers, including some major ones, are presenting such skirts, that major shops are buying them, and that fashion-forward consumers are wearing them. Marketers are constantly trying to predict which developments will become mainstream to capitalise on trends and avoid the pitfalls of fads. Unlike fleeting fads, trends have a consistent underpinning from which they can expand and can have multiple potential starting points.

Regardless of how large or small a group may be, fashion is defined as the current accepted and utilised style among its members. Always a trend will have its roots in a specific aesthetic. However, not every look can be considered a “fashion.” Fashion is a social psychological phenomenon. A style is typically the product of some creative endeavour. As with any social phenomenon, fashion develops due to widespread adoption and imitation. The quality of a style can be evaluated on a spectrum from classic to cutting-edge, from beautiful to hideous, from good to awful. Even if a certain fashion is never accepted or approved, it will always be considered a fashion. Only after widespread adoption does a trend become a fashion. Only when widely adopted does something become the latest fashion. There have been fads for everything from miniskirts and moustaches to heavy theatrical daily makeup. Without a doubt, each will have widespread support among those who share comparable interests or qualities, such as college students, young professionals, or retirees.

For extended periods, people have generally agreed on which designs are tasteful. They do not follow the typical path trends take through the fashion industry. The public has appreciated a timeless design for a long time because it fulfils a fundamental need. The timeless quality of a classic is due in large part to the fact that its design is uncomplicated and unfussy. The traditional Indian dresses of the sari and the lehenga are both stunning—also blazers, denim jackets, turtleneck sweaters, etc.

A fad is a trend that rises in popularity for a brief period, only to die out when its influence wanes.

The trend begins with widespread approval and rapid replication. Fads typically start at the bottom of the price spectrum, are simple to imitate, and quickly flood the market. This level of market saturation is a major factor in the rapid decline and disappearance of fads.

While both fads and fashions go through an ascending and descending popularity cycle, fads tend to be far more extreme in both directions. Most trends only last for one season, earning them the moniker “miniature fashions.”

Previous articleWhy Is Professional Document Translation 1000 Times Better Than AI Translation?
Next articleTuscany and Wine: The History of Tuscan Wines