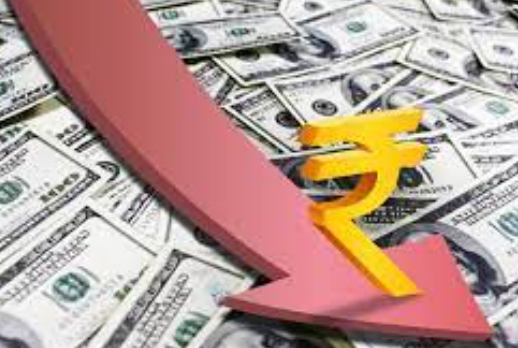 The Indian rupee weakened further to hit a new record low against the US dollar in afternoon trade on Tuesday, as concerns about a wider current account deficit resurfaced. The country’s trade deficit in June reached an all-time high. Data released late Monday showed India’s June trade deficit widened to a record $25.63 billion, driven by a rise in imports of crude oil and coal, from $9.61 billion a year ago. year. Depreciation of rupee was trading at around 79.13 against the dollar, after hitting a new record low of 79.17. It had hit the previous all-time low of 79.12 last week and had rallied a bit when it closed at 78.95 on Monday.

Rupee will remain volatile this week, support in the range of 79.55-79.80
The local unit has slumped 6 percent against the US dollar this year, pressured by broad dollar strength and as investors pulled out of domestic stock markets. “The hawkish stance of global central banks has been putting pressure on emerging market currencies. However, the improved performance of the service sector and upbeat collection of taxes on goods and services supported the rupee. Depreciation of rupee also received support after the Indian government raised the gold import duty by 5% on Friday to curb gold imports and manage trade deficits. We expect the rupee to remain volatile this week and could find support in the 79.55-79.80 range,” said by VP of Commodities at Mehta Equities.

Depreciation of rupee Bearish Sentiments Amid Dollar Demand, Resistance in 79.15-79.30 Range
“Sentiments remain bearish for the rupee amid demand for dollars from oil importers, while exporters may not be in a hurry to sell dollars, which is a classic case of supply-demand imbalance. Strength in the dollar index and higher crude oil prices also weigh on the rupee along with weaker macro data. Technically, USDINR has resistance in the 79.15-79.30 area and support at 78.80, Research Analyst at HDFC Securities.

Previous articleInterview questions for Certified Project Manager
Next articleCould new countries be founded – on the internet?