HomeTechCould new countries be founded – on the internet?

Could new countries be founded – on the internet? 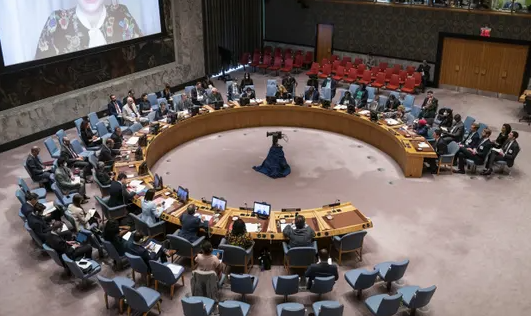 In The Network State, a new book by Balaji Srinivasan, the former Coinbase CTO, asks a tortuous question: how do you make a new countries exist? Launched provocatively on July 4, the book makes Srinivasan’s case for a new digital state model run and managed in the cloud. A network state, as he describes it, is basically a group of people who get together on the Internet and decide that they are going to form a country. With a social network to connect them, a leader to unite them, and a cryptocurrency to protect their assets, Srinivasan says a country can be born with laws, social services, and all. A network state is a country where “anyone can start from their computer, starting with creating followers”, as opposed to companies, cryptocurrencies, or decentralized autonomous organizations (DAOs). In a world where billionaires can run companies bigger than countries, Srinivasan asks, could such a state achieve United Nations recognition?

Like all utopian visions, this one too is a diagnosis: a response to a growing list of “evil” social problems such as surveillance capitalism, economic stagnation, political polarization, and great-power conflict. Just when we need leaders to solve our problems, Balaji argues, they are failing, and the reason is not just corruption or incompetence, the reason is technological. New countries central government is simply no longer capable of meeting our needs because the world it was designed for has changed. The Internet, for example, has downplayed place, making national borders seem more and more arbitrary. And cryptocurrencies like bitcoin have proven that if enough people believe in the value of an idea, you can create something worth trillions of dollars. The software has made it so that a few engineers can outrun nations (think hacker groups and startups).

“Very few pre-Internet institutions will survive the Internet,” Srinivasan said recently, at a conference describing the book. So the solution, he argues, is to build an institution based on it. Here’s how it would work: a person on Twitter decides to start a country so they pitch the idea to their friends and start gathering recruits. They put together a vision statement and a list of values, and pretty soon people were coming together and telling their friends. It starts as a social network. By pooling their money and lending their skills, the community begins to develop social services and spawns its own mini-culture, providing things like health care, insurance, passports, and drug parties. With something like a hybrid of Twitter and Discord, they could connect, share ideas, and vote (think voting for and against your favorite legislation). And with a currency like bitcoin, they could control their own money supply and protect their funds from invading governments. They would first buy small plots of land, like a Soho national house, and eventually, start migrating to their chosen new countries, likely sympathetic jurisdictions like Miami, which Srinivasan says will compete to acquire these brave new digital citizens.