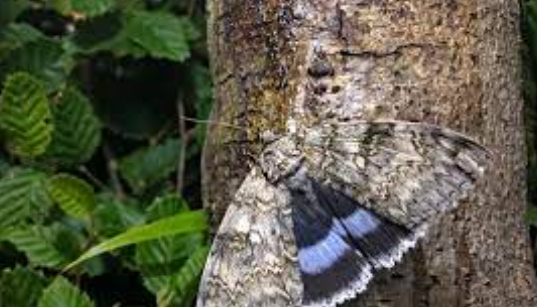 People in Britain are being asked to join the Great Butterfly Count as experts warn time is running out to save some species. A recent report by the wildlife charity Butterfly Conservation warned that more than two-fifths of Britain’s butterflies are in danger of face extinction due to climate change, pollution and habitat loss. The charity has warned that it is not just rare species that are threatened.

Half of all butterfly species in Britain are now on the red list, with the latest assessment revealing a 26% increase in the number of species considered threatened with face extinction. Common butterflies, which appear in the count, have seen significant declines, such as the small tortoise shell, once found in gardens across the country, which is down 79% since 1976.

But, with the right information and conservation action, species can bounce back from the brink, Butterfly Conservation has said. The charity’s annual Big Butterfly Count may act as an “early warning system”, helping scientists to understand how environmental changes are affecting insects and collect data from areas that would otherwise go unrecorded, the researchers said. And spending time for face extinction in nature to observe butterflies as part of the count can be good for people’s mental health, they added.

To participate in the survey, people need only spend 15 minutes in an outdoor space, counting the number and type of butterflies and some flying moths they see, and record their findings on the Big Butterfly Count website or app. Last year’s butterfly count generated a record 150,000 sighting reports of face extinction, all based on people taking 15 minutes to get out and relax and take notes on the different butterflies they see. However, the reported numbers – an average of just nine per person – were the lowest recorded by the citizen survey on insects since the scheme began 13 years ago.